A gallery of items from the Unknowns page that we have identified with the help of site visitors! 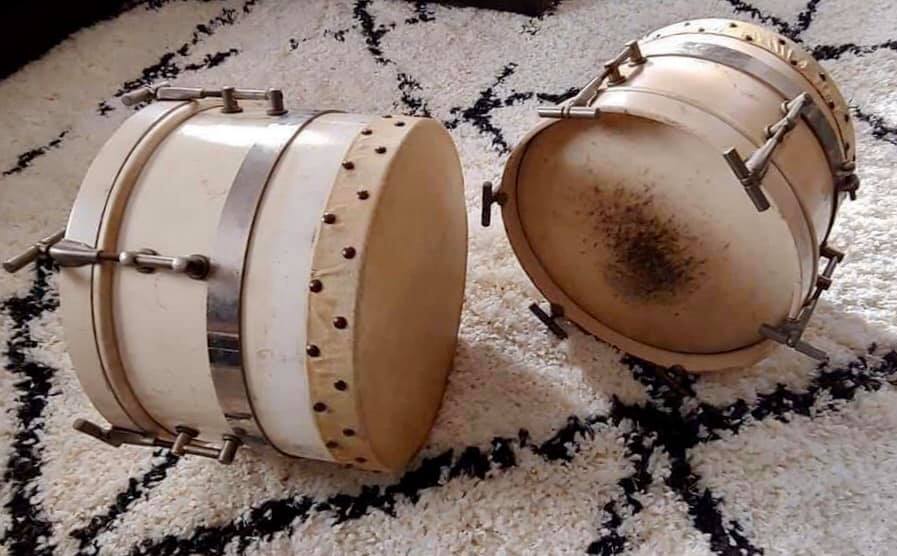 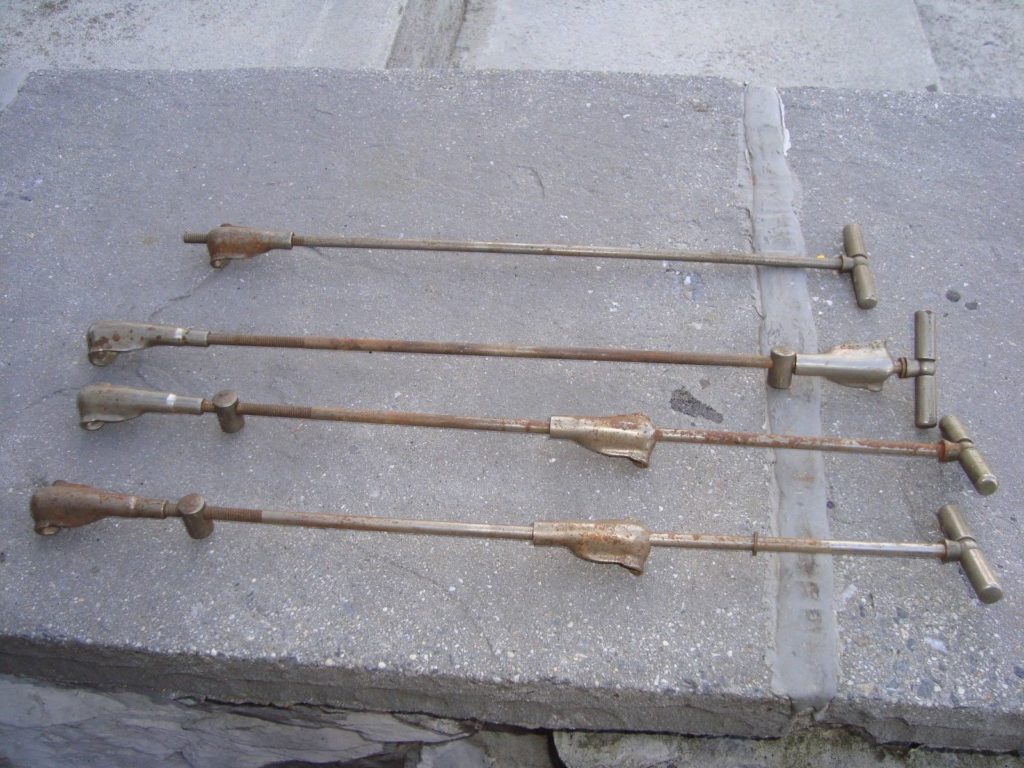 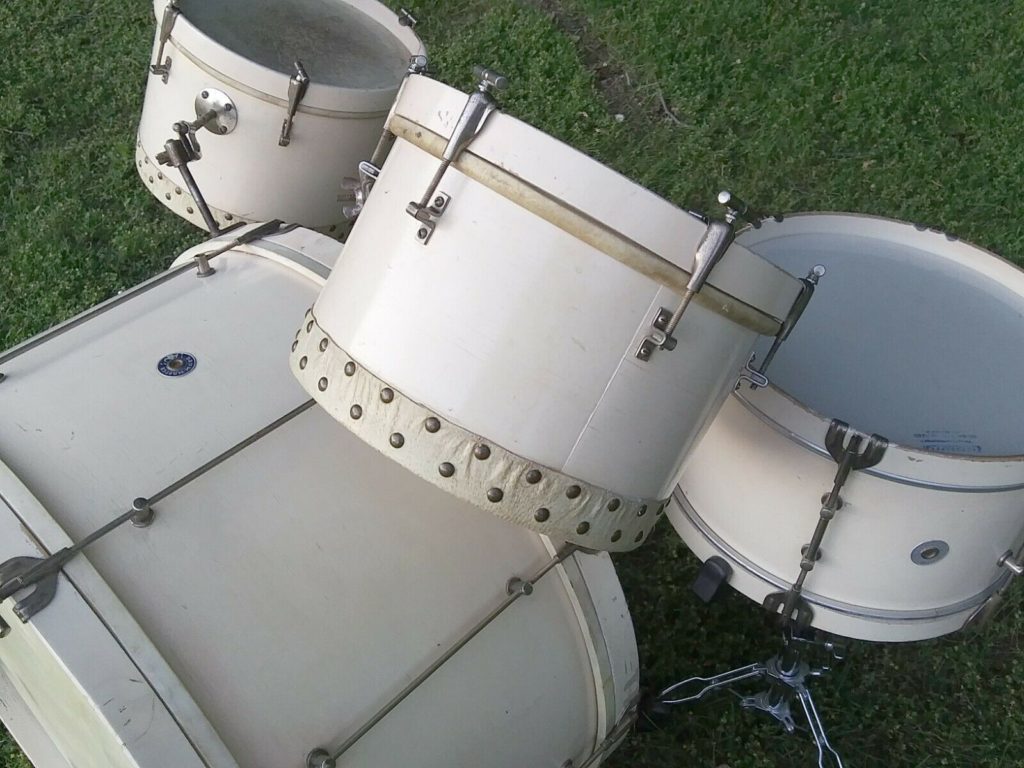 These were believed to be an early Walberg & Auge design, but a matching drum set (shown above) popped up on eBay and solved the mystery. These are L&S toms and parts from the 1930s. 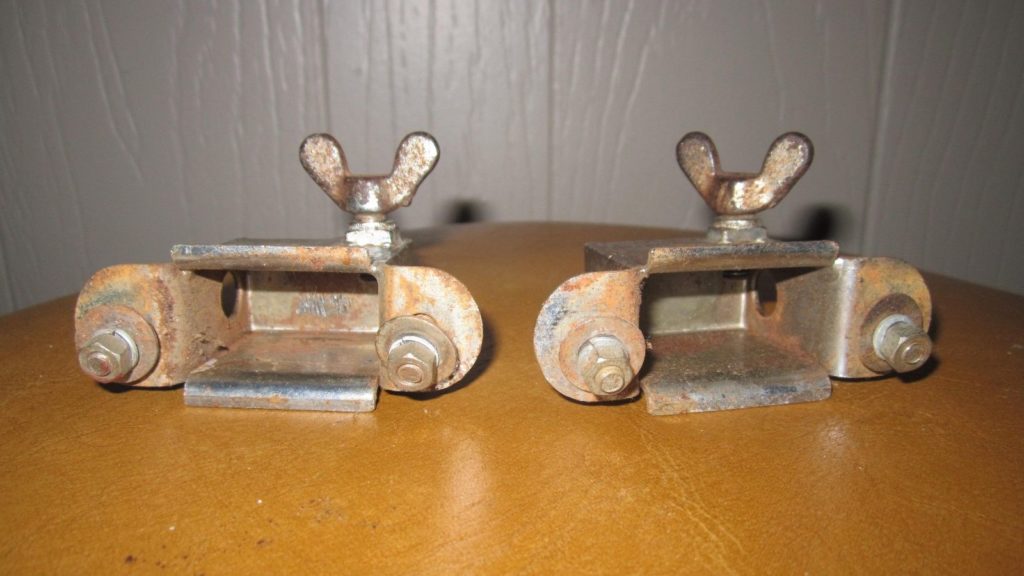 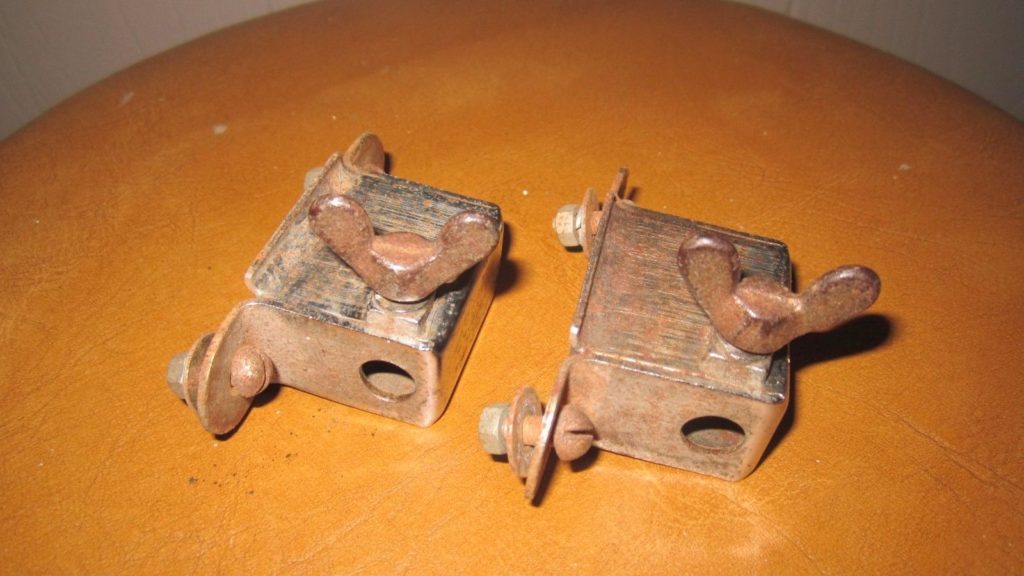 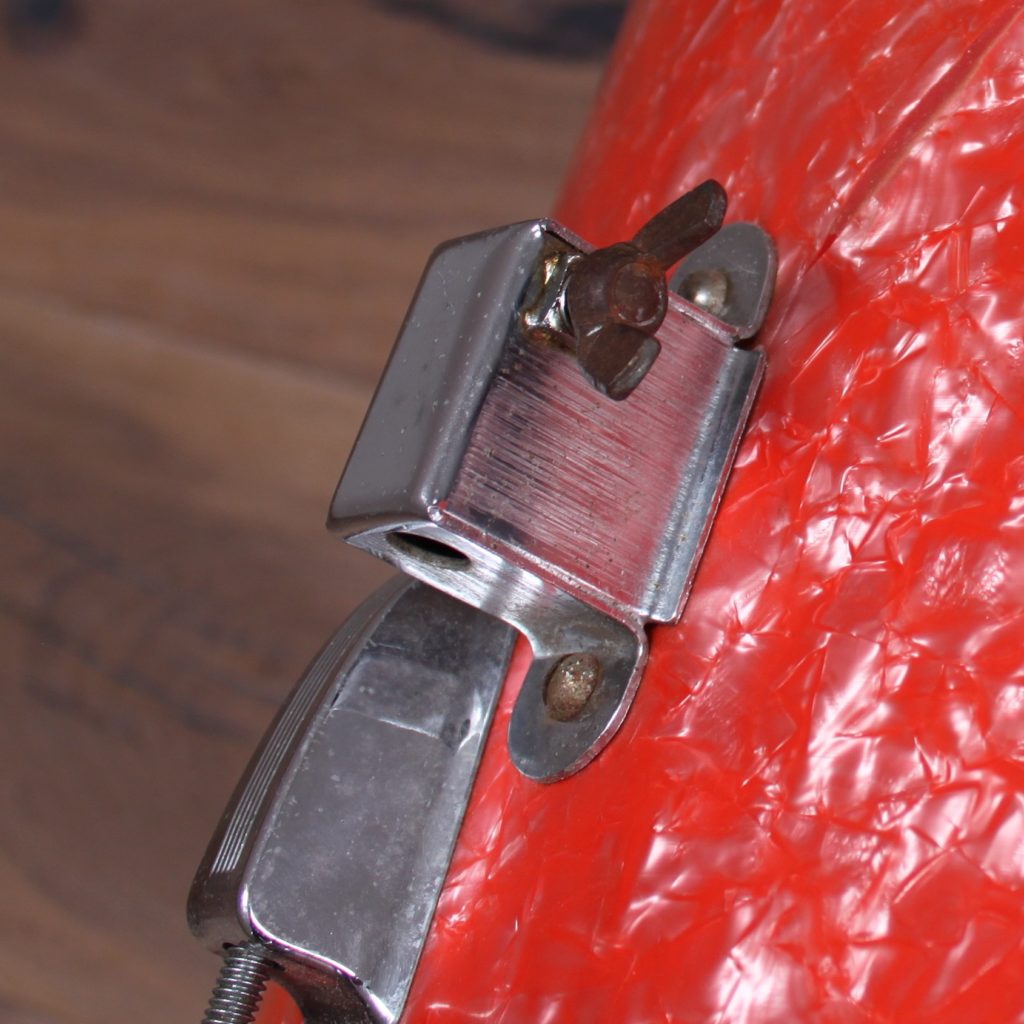 These floor tom leg brackets are from Sonor Swinger drums. The examples in my photos were so rusted that I couldn’t tell if they were chrome or nickel plated. 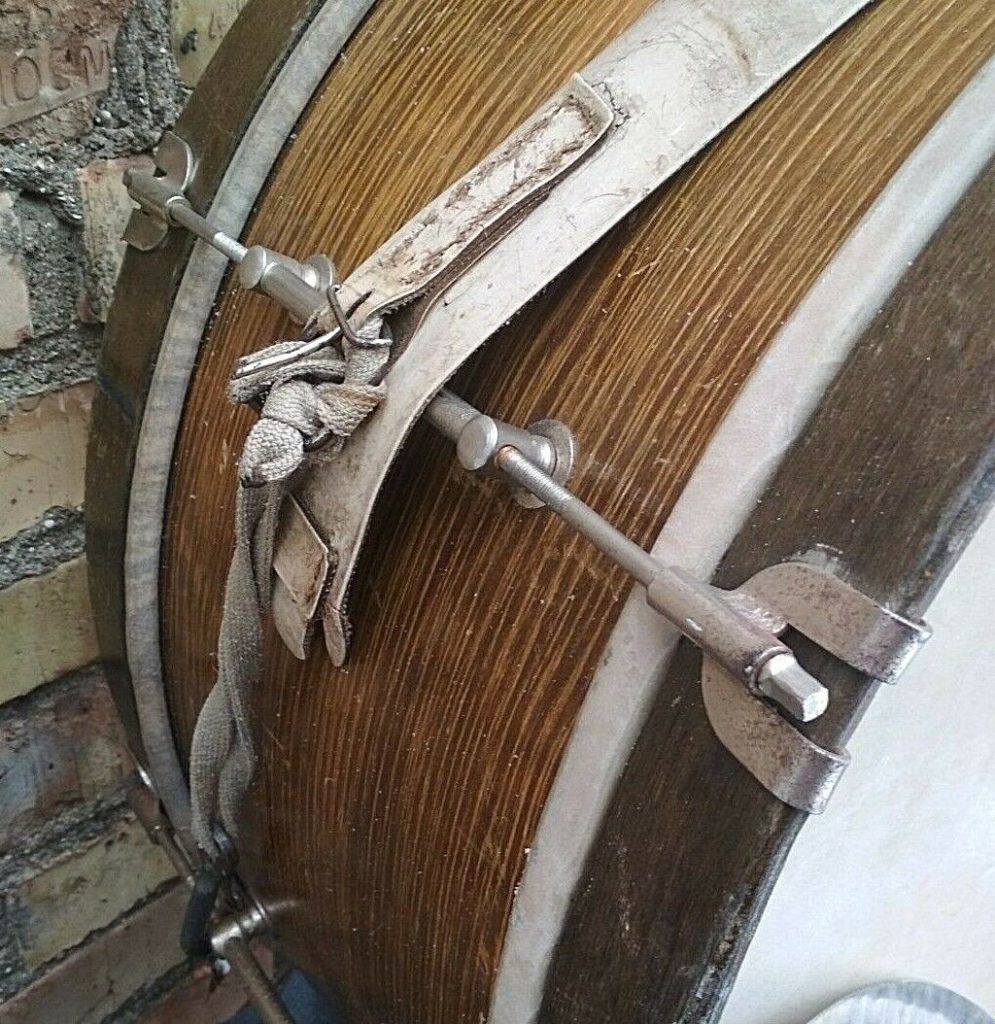 From Ed Pitt via the contact form: “The bass drum in your photos is made by the Lyra factory in Moscow. Practically all marching bass drums of this type were made there, as well as string instruments such as cellos, etc. The drum is probably from the 1970s or 1980s, newer than it looks.” 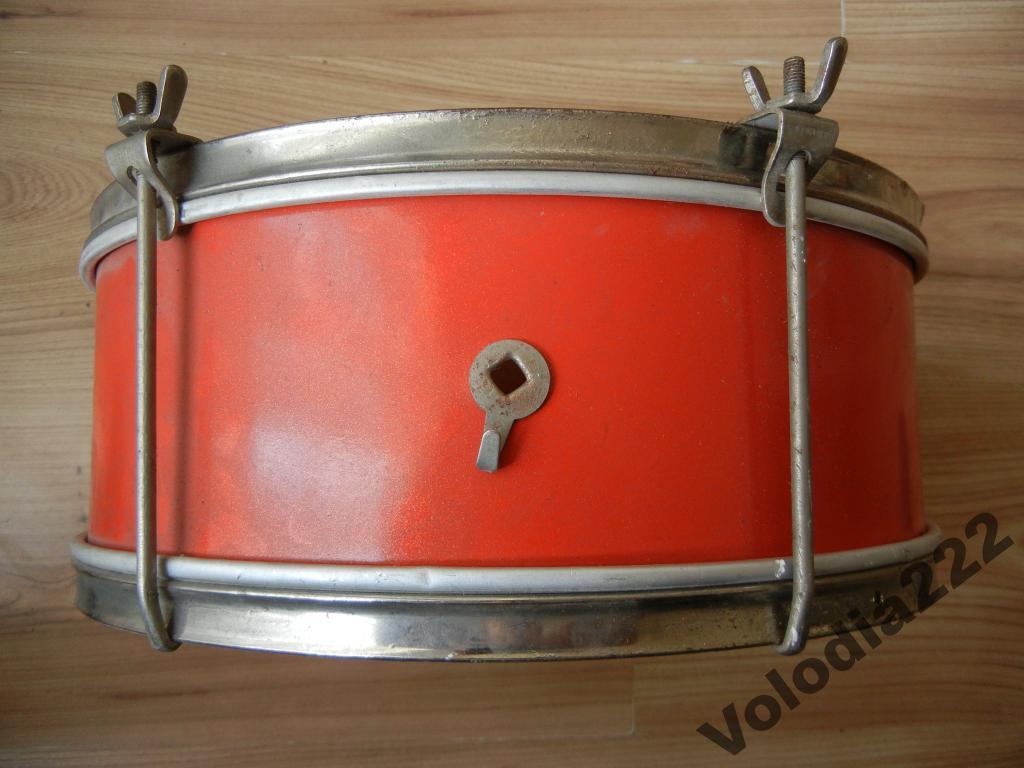 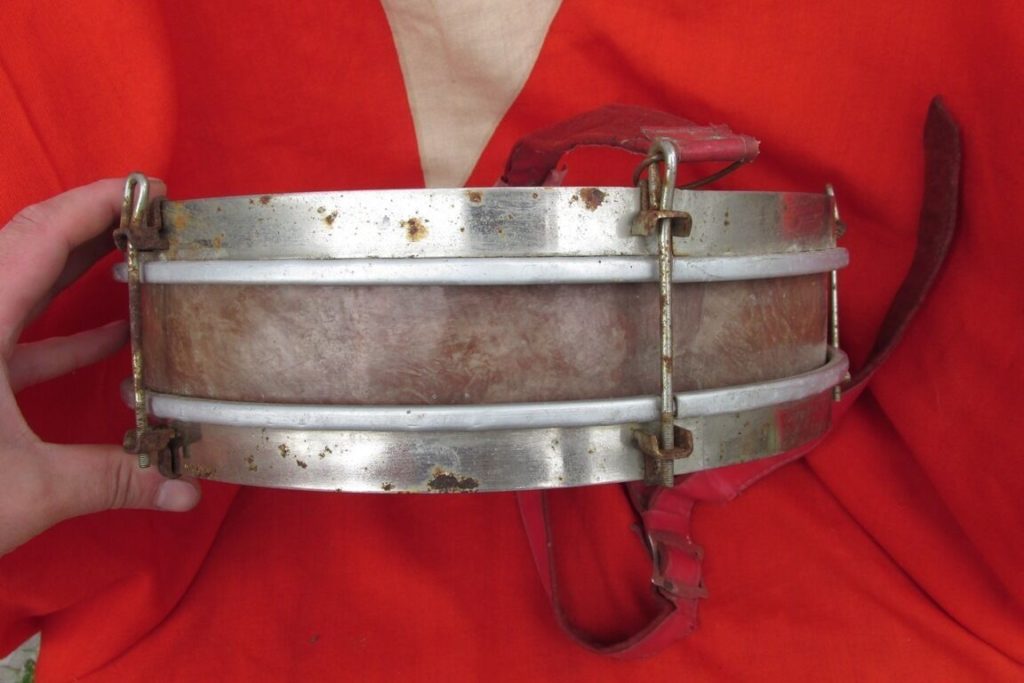 Again from Ed Pitt: “The two snare drums in your photos are both what’s called “pioneer” drums. They were marching drums made for the Young Pioneers, the Communist youth scouts. Really cheaply made stuff, either tin or cardboard shells. They are usually about 10″ in diameter and were never used as part of a drum set. The bright read drum is newer, the thinner dark red one is older. Makers unknown, they were made in various toy factories and such in different cities around the country, hence the minor variations. Drum sets in the USSR were made in two factories:  EPOIMI (Engels Experimental Music Instrument Factory) in Engels and RMIF (Riga Music Instrument Factory) in Riga.” 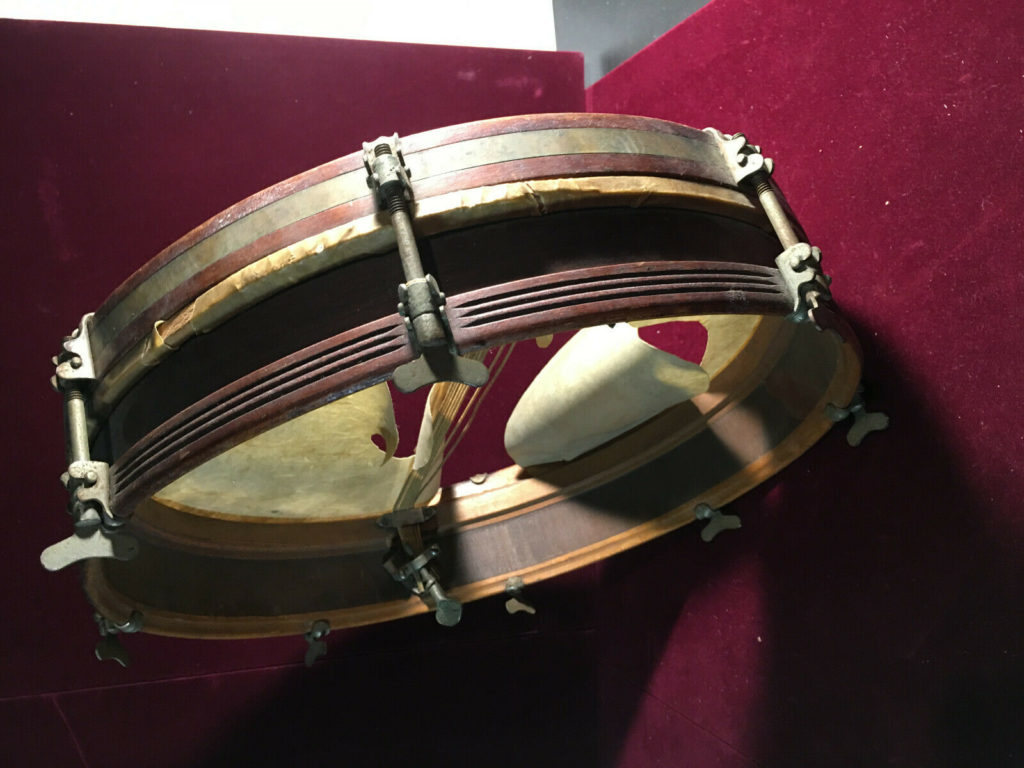 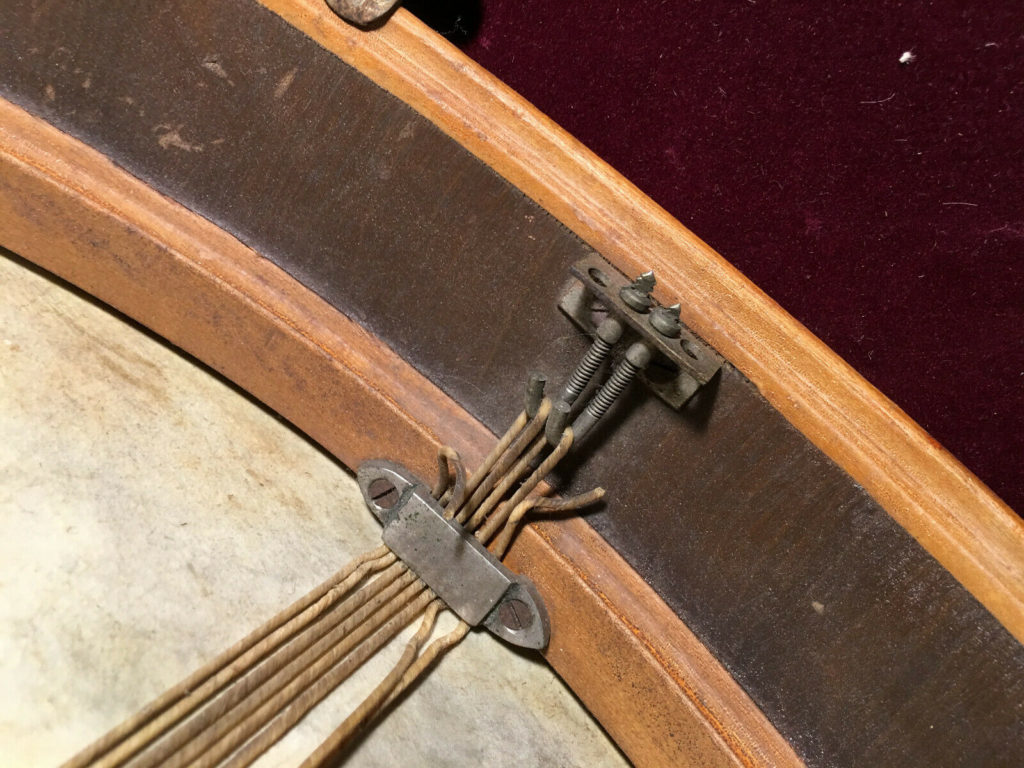 The tension rod and claw style reveal this drum to be a 1900s-1910s Excelsior. 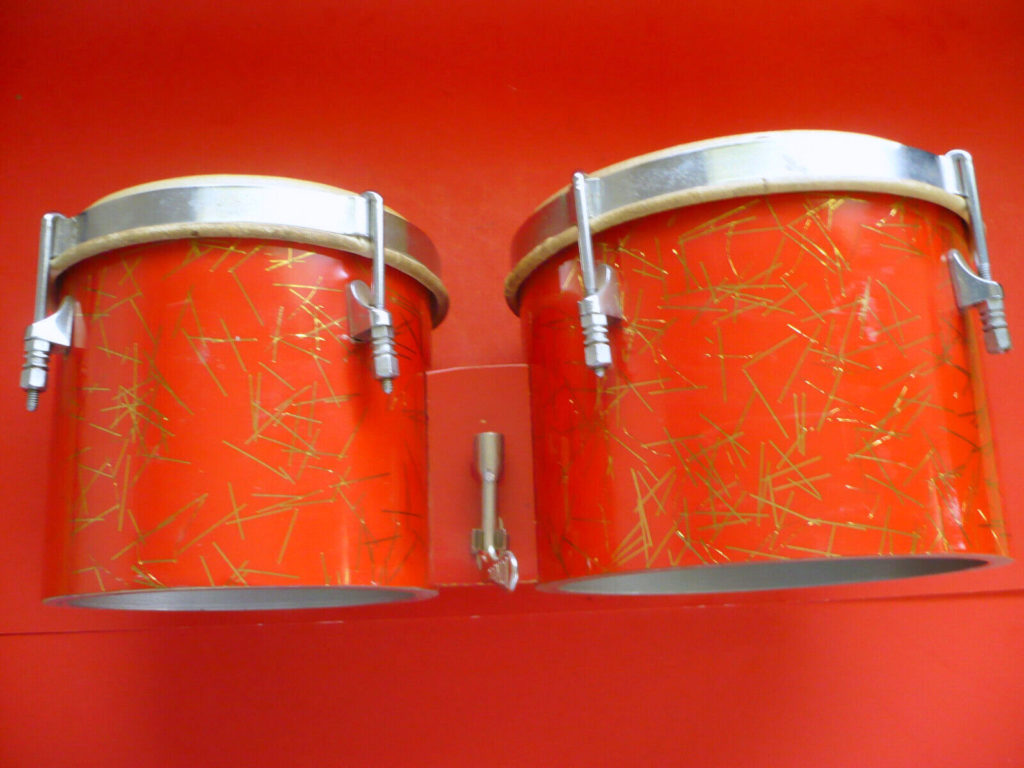